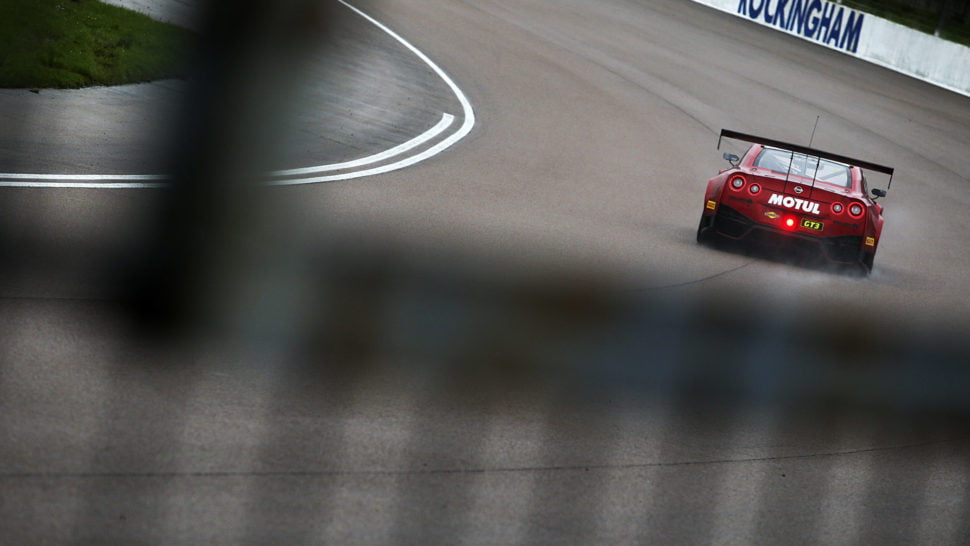 The return to the British GT Championship at Oulton Park last month proved to be a difficult one for Devon Modell and the RJN Motorsport team but hopes and expectations were high as the Championship headed into the second round at the Rockingham Motor Speedway (28-29 April).

With the Nissan GT-R GT3 more at home on the wider more sweeping Rockingham track, this was the first chance for Devon to show his undoubted speed in the British GT Championship and Saturday’s qualifying saw Devon’s P3 in the opening driver session which took place on a wet track. Teammate Struan Moore completed the second driver session in similar conditions in P11 giving the aggregate starting position of fifth for the Championships only Silver/Silver pairing.

Sunday’s race conditions were only a slight improvement over the wet of Saturday and Devon managed to keep the NISMO out of trouble on a very slippery track, battling with eventual race winner Mowle and podium finisher Johnston during a challenging race, running as high as third before pitting from fourth after 42 laps to hand the car to Moore.

With a succession of safety cars and conditions constantly evolving, Struan struggled with the Nissan’s handling as the race progressed and the afternoon unfortunately finished in the Rockingham gravel when a podium was a distinct possibility.

“I think we showed a lot of promise this weekend,” said an upbeat Modell. “We worked on the car throughout practice and found a good set up and balance which resulted in us getting quicker and quicker through the weekend. In the race, conditions were pretty tough, as were the battles but I was happy with my pace overall. It’s a shame that we didn’t get to finish but the opportunity to get results at the next round should be there.”

The next round of the British GT Championship will be held at Snetterton on the 27th of May.