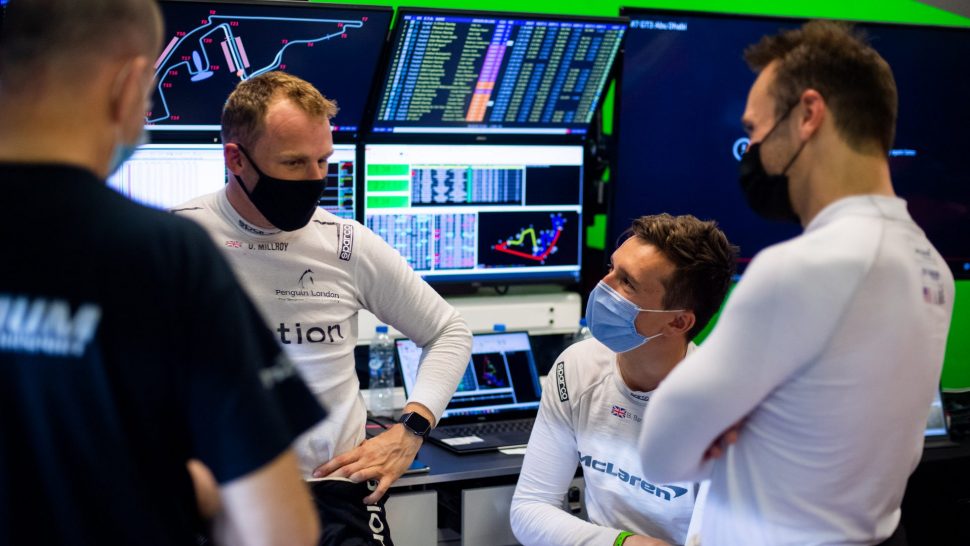 Having won an automatic entry to the 89th running of the 24 Hours of Le Mans courtesy of a strong Asian Le Mans Series campaign, inception racing is now looking forward to making its debut in the biggest sports car race in the world this coming August.

Brendan Iribe and Ollie Millroy will be joined in the #71 entry by Ben Barnicoat, reuniting the trio following the recent Asian campaign. All three drivers head to the 24-hour race as rookies in the LMGTE-Am class but are both confident and excited about the challenge ahead.

GT3-spec machinery is not eligible for the 24 Hours of Le Mans, hence the switch from the team’s McLaren 720S to a Ferrari 488 GTE Evo. inception racing continues to be run by Optimum Motorsport and the team are now evaluating car options with other teams.

For Brendan and Ollie, the GT journey that began in the Pure McLaren GT Series prior to joining Optimum Motorsport, continues with the step up GTE machinery and the chance to compete at the very highest level. With no less than 24 entries in the GTE-Am class, the team now continues preparations for the race, which takes place on 21-22 August.

Ollie Millroy
“It’s amazing to be going to Le Mans, it’s a dream you have as a driver from such a young age. We’re all really looking forward to it and we know it will be a tough race for everyone and there’s a lot to learn. We’ll do everything we can to prepare including lots of simulator work and maybe some additional GT races before the main event.
“It’s exciting and it is also a massive achievement for Brendan to earn the entry on merit. It’s awesome for the team as well as they have all worked so hard on multiple race programmes over the last 12 months and now, we can’t wait for the next chapter.”

Bas Leinders, inception racing Team Manager
“It is just a wonderful feeling to go back to the 24 Hours of Le Mans especially as it was not planned, and we were awarded this chance by our excellent performance in the Asian Le Mans Series. I have done the big race in GT1, LMP2 and LMP1 and it really does not matter which category you race in, it is just extraordinary.
“We are also extremely pleased with the progress Brendan is making. He only started driving a GT3 in June 2020. A large part of a strong result in the Pro-Am class is dependent on the performance of the Bronze driver and I am confident that he will continue to make further progress. As the race is postponed until August, this will give us a bit more time to organise and to be as ready as we can be.”

Shaun Goff, inception racing Team Principal
“As a team owner I’m proud of what we have achieved and to be heading to Le Mans for the 89th running of the event is exciting for us as team and it really does feel like a once a lifetime opportunity. We have competed in many 24-Hour races in the past, but this is the biggest GT race in the world, and it feels extra special to be preparing for this prestigious race and to also celebrate my birthday at Circuit de la Sarthe!”