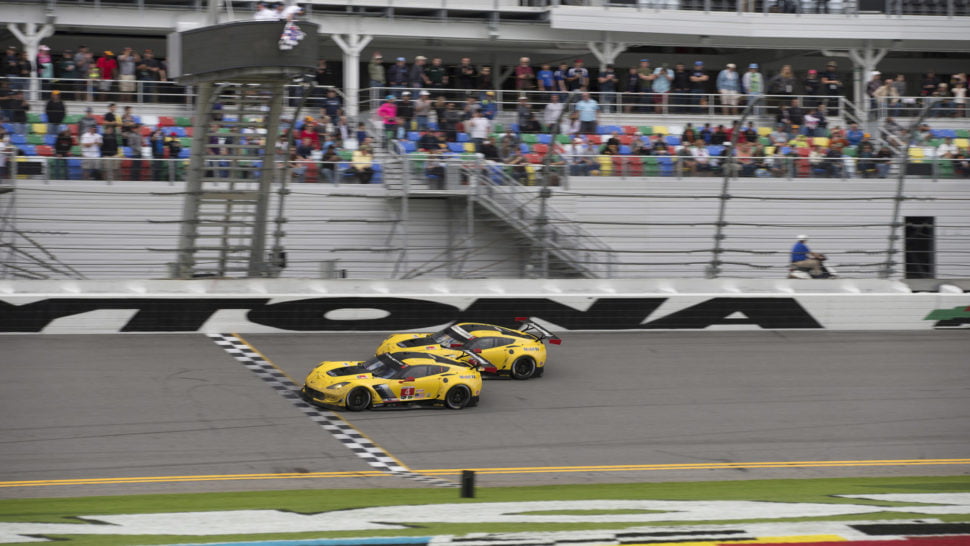 The off season has been good. Great to spend some good time at home with the family to rest and relax. Also, gave me a chance to lay a foundation of fitness for my 2017 season.

During the final morning’s practice session at Daytona, the No. 4 Corvette C7.R experienced an issue with a fuel line that allowed fuel to escape, contact a hot surface and ignite. The fire was quickly extinguished.

The damage was limited to the engine compartment of the car. Marcel was taken to the infield care centre as a precaution; he was evaluated, released and cleared to drive.
Both Corvette C7.Rs will be ready to race in the Rolex 24 at Daytona.

Delighted to be back with Tommy and Marcel. All 3 races we had together in 2016 were fantastic. They were always action packed – lots of twists and turns. That finish at Daytona still gets the heart racing! Winning two and finishing third in the other were the main reason why we won the North American Endurance Cup and the foundation that our 2016 GTLM Drivers Championship win was built upon.

On the new tyre compounds…

The tyres we have from Michelin this year have performed really well so far during all the testing. Historically Daytona is easy on tyres and I don’t see that changing. I still see that we’ll have to have the right tyre on the car at the right time, a lot will depend on temps and conditions.

Ahead of returning to the Daytona 24 Hours as a winner…

To repeat last year’s thrilling finish would be unbelievable. Though I’m not sure some of the team management, drivers or crew could take watching another 10 laps like that!

The team is going for 3 wins in a row at the Daytona 24hrs and to have another 1-2, like the 2016 Rolex finish, would be very special for all involved at Corvette Racing. It is the focus and motivation for everyone at the team.