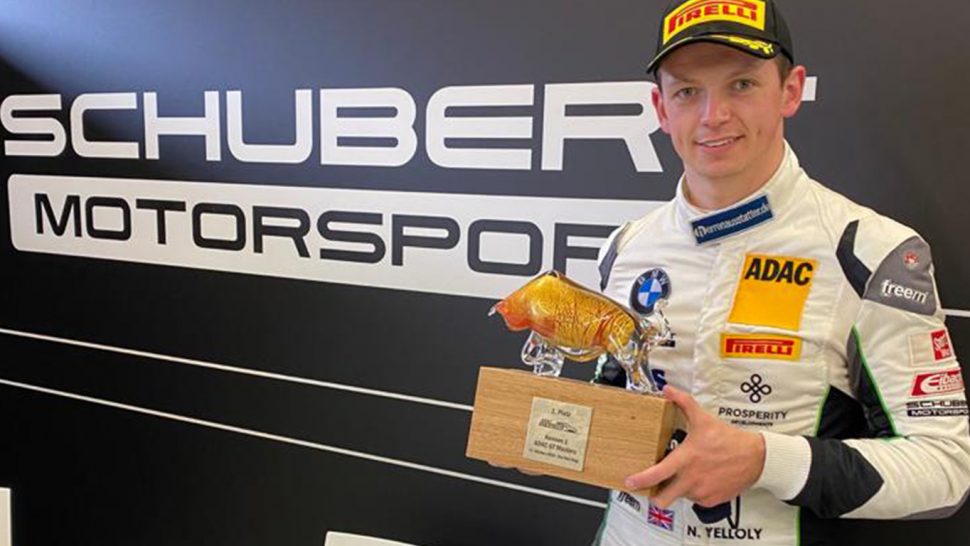 Racing is all about that winning feeling and there was plenty of that last weekend with our BAM-Managed rivers and supported teams. It all started with Nick Yelloly taking victory on Saturday in the ADAC GT Masters Red Bull Ring round with Schubert Motorsport.

The British racer and Swedish teammate Henric Skoog raced to victory in the 29-car field, taking the chequered flag eight-second clear of their nearest rival after a dominant display in the BMW M6 GT3.

“It’s a great result for us,” Nick began. “Henric did a good job on a drying track in qualifying to start us P2, so the car BMW was working really well as we had expected due to the characteristics of the Red Bull Ring. He got a good start and was able to pull out a gap which made my job more comfortable! For me it was about managing the car as we had some contact on the right rear early on, so I was being particularly careful on the left-handers. It was a great effort from Schubert Motorsport, so I’m very happy with my first win in GT Masters, on the first for the team with the M6.”

Over at Road Atlanta, Renger van der Zande recording his second victory of the season with teammates Ryan Briscoe and Scott Dixon in the Wayne Taylor Racing Cadillac DPi. It’s a mighty championship battle, but the Dutch racer now extends his title advantage to eight points with two rounds remaining.

Nicky Catsburg was also in action at Petit Le Mans with Corvette Racing, teammates Antonio Garcia and Jordan Taylor. A fine runner-up position in GTLM extends Nicky’s run of success that started at the 24 Hours Nürburgring, onto Indianapolis and then at Slovakia Ring.

Over at Spa-Francorchamps, Optimum Motorsport got their double-header of GT3 racing underway with the class victory in Sunday’s International GT Open round, and now stay at the circuit to prepare for the Total 24 Hours of Spa in the all-Pro McLaren 720S. They will be joined by Nick Yelloly and Nicky Catsburg who will be racing with Walkenhorst Motorsport, while Renger will be competing with Team Honda Racing.