After three years campaigning our Ligier JS P217 LMP2 cars around the world, from Australia to the USA, China to Le Mans, Eurasia Motorsport will give the car its last outing at the 24 Hours of Le Mans later this month when the car competes under the Racing Team India Eurasia moniker.

With the Ligier’s going to a new home after the event, BAM are looking to the future with exciting new projects, but more on that later… 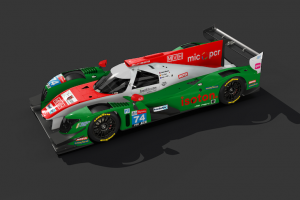 BAM will support Eurasia Motorsport with Profile and Commercial Management at this year’s Le Mans – as we have done over the past decade with the Philippine’s based outfit – and the team will continue to work together with BAM on exciting future ventures with the world returning to normal following the Pandemic. This has been particularly difficult for racing teams based in the Asian region.

In addition to the Eurasia programme, BAM have three other drivers on the main grid, all looking for victory in their respective classes. Nicky Catsburg will take part in his first Le Mans 24H for Corvette Racing in the GTLM class, whilst Renger van der Zande joins his full-time WEC team Inter Europol in the LMP2 Oreca. Roberto Merhi also campaigns an Oreca LMP2 after last year’s outing in the Eurasia/BAM Ligier as part of a competitive G-Drive entry.

After a long period of association with Scottish young gun Colin Noble, Colin has put pen to paper and agreed to join BAM Motorsport Management in a multi-year deal that will hopefully lead to new opportunities for Colin to build on his success that he has enjoyed in LMP3 In European and Asian competition.

Colin will compete with his long-term team Nielsen Racing in the Road to Le Mans support races where he has to be a strong candidate for outright victory alongside long term teammate Tony Wells.

In addition to sporting and commercial management at the event, BAM Motorsport Promotions will also provide PR and publicity support to the Optimum Motorsport run inception racing entry in their first Le Mans 24 hours and Nielsen Racing who field four cars in the Road to Le Mans support races. 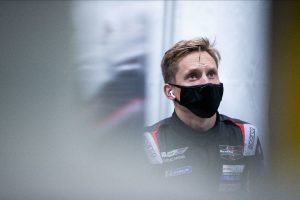 Lastly, BAM are in advanced stages of planning a Sporting and Commercial programme in the USA for 2022 and beyond in the IMSA WeatherTech Championship. Following masterminding a successful partnership at the 2021 Rolex Daytona 24 hours between Eurasia Motorsport and Rick Ware Racing, plans are developing with new and existing partners to field a car for a whole season LMP2 effort in the competitive US series.

As part of the project, multiple race winner and IMSA Championship contender Renger van der Zande will add his support to BAM Motorsport Management in a mentoring and consultancy role to develop talented drivers and create opportunities for Clients of BAM. Renger’s experience and talents will be an invaluable asset to BAM and our drivers and teams in creating a new and successful platform in the USA.

More details on the project will come to light over the coming months, interested parties should reach out directly for more information.