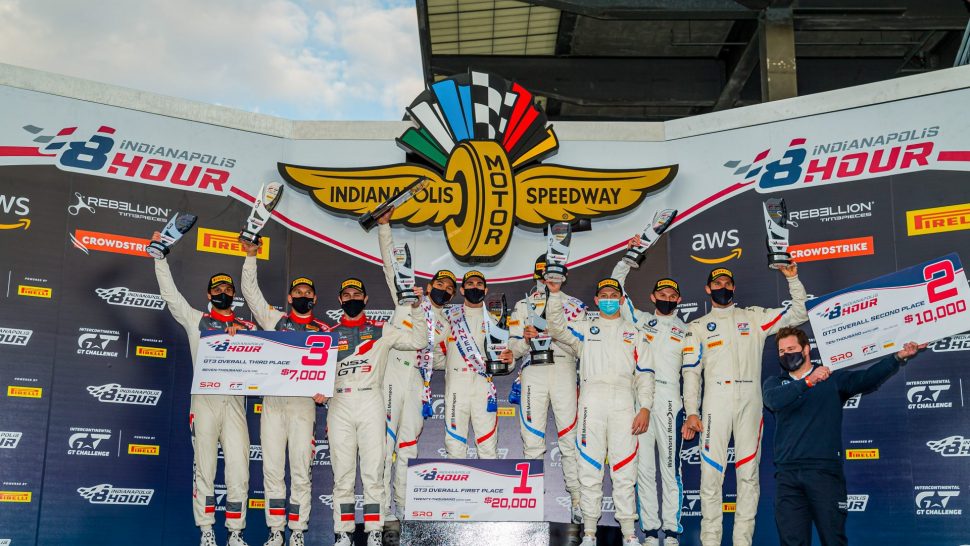 It has been quite a week for BAM Motorsport, managed drivers, and serviced clients. Following on from great success in the 24 Hours Nürburgring where Nicky Catsburg and Nick Yelloly swept to victory with ROWE Racing in the toughest race on the calendar, there was more hard-earned silverware for the taking last weekend (3-4 October).

The second round of the Intercontinental GT Challenge, an eight-hour endurance race around the infield Indianapolis Motor Speedway road course, saw Nicky Catsburg continue his winning streak, this time at the wheel of the #34 Walkenhorst Motorsport BMW M6 GT3.

To make it all the more special, second place went to Nick Yelloly in the sister #35 entry while Renger van der Zande made it an all-BAM podium, with a strong third position in his #30 Team Honda Racing NSZ GT3.

Optimum Motorsport meanwhile endured a soggy race weekend at Snetterton in the penultimate round of the British GT Championship. A fine podium position on Sunday morning brought some colour to the bleak Norfolk setting, the team’s second of the season.

The British-based team has also confirmed that it is to return to Michelin Le Mans Cup (9-11 October) for the first time since 2017. It is a one-off outing at Monza for GT Open team regulars Brendan Iribe and Ollie Millroy ahead of their trip to Spa-Francorchamps.

Nielsen Racing are also in action at Monza this weekend both in Michelin Le Mans Cup as well as European Le Mans with its regular driver and car line-up. Having completed their objective in completing their first visit to the 24 Hours of Le Mans, confidence will be high as they seek podiums and wins in both championships.