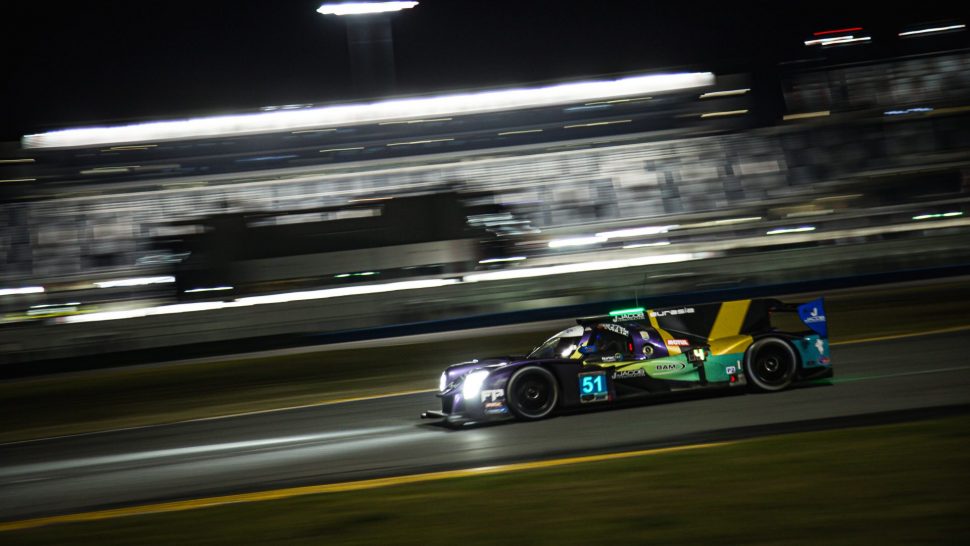 BAM Motorsport Management enjoyed four key clients in the five available classes of competition at the Rolex 24 Hours at Daytona. Very much part of the IMSA scene in 2021, BAM was instrumental in the #51 RWR Eurasia entry, securing a class fourth place finish, whilst also celebrating further successes of managed driver Nicky Catsburg and commiserating with the bad luck that denied Renger van der Zande within the final ten minutes.

DPi – #01 Renger van der Zande, Cadillac Chip Ganassi Racing
With seven minutes remaining, Renger was underlining his world-class driving skills as the Ganassi debutant set victory in his sights and closed on the race leading #10 entry of Filipe Albuquerque in a challenge for his third straight win at the Rolex 24. Ultimately, a right rear tyre failure cruelly denied Renger the opportunity, heading back to the pits and ultimately finishing in fifth position. It was still a sensational race for the Dutchman, recording the fastest lap and helping the team to challenge for victory on its IMSA return.

LMP2 – #51 RWR Eurasia
Very much a BAM programme and a continuation of the 2020 24 Hour relationship, BAM brought together the skills of Rick Ware Racing and its undoubted US racing know-how, with Eurasia Motorsport and an eclectic group of race drivers from the world of NASCAR, IndyCar, Le Mans and GT racing. Ultimately, BAM brought this together to perfection, with the group working closely together to maximise the potential of the Ligier JS P217 package to secure a fantastic top ten finish, fourth overall.

GTLM – #3 Nicky Catsburg, Corvette Racing
Once again, the BAM-managed racer was fully on top of his game, adding yet another impressive victory to his impressive resume. Teaming up with Corvette Racing for the second successive season, he and his #4 teammates in the sister C8.R controlled the pace at the front of the field until the closing stages. Nicky was then able to extend his advantage only to suffer a restart issue in the pits. Time lost, he resumed, quickly closing his rivals to take the lead on lap 748 of 770.

GTD – #96 Aidan Read, Turner Motorsport
It was Aidan’s debut in the IMSA WeatherTech SportsCar Championship and driving with Turner Motorsport, the Australian completed a star-studded line-up in the #96 BMW M6 line-up. The sixth position finish in class was ultimately a disappointing result for the team that claimed the pole position in the GTD class, but an error from the team as Aidan climbed aboard the car, sealed its fate as the instruction to ‘go-go-go’ before refuelling was complete, resulted in a lap lost. Aidan completed six hours of the night running, bang on the class leading pace, but ultimately, had to be content with the class finish and the completion of his first 24 Hour race. 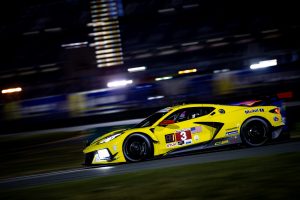