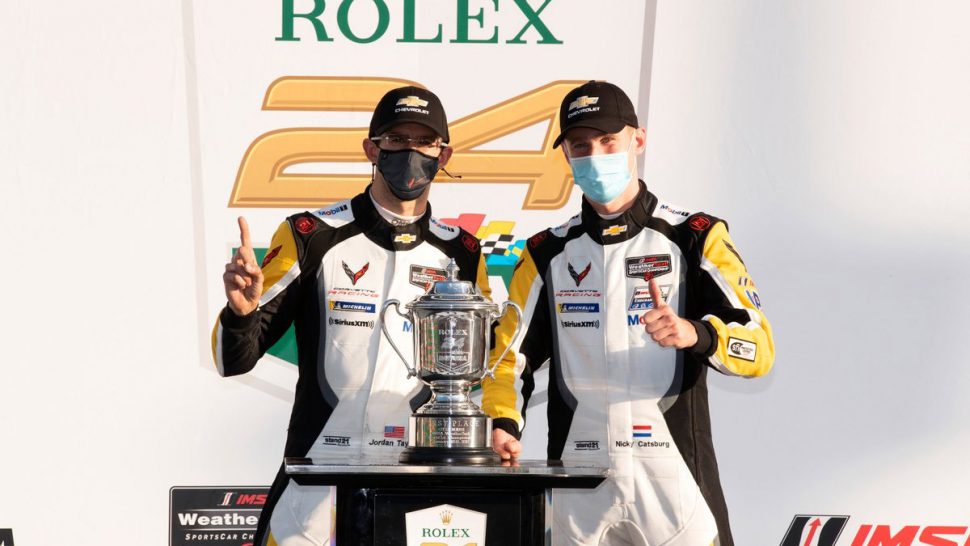 Nicky Catsburg has picked up where he left off last year by winning his first race of the new season, the prestigious Rolex 24 at Daytona.

The Dutch racer headed to Daytona for the 59th edition of the race with Corvette Racing, keen to add his name to the victory list. Teaming up with Jordan Taylor and Antonio Garcia in the #3 Corvette, Nicky and the team subsequently dominated the event from the front of the field.

Corvette Racing’s second Rolex 24 with the C8.R was impressive from the outset with Antonio staring second in class and immediately embracing the battle with his #4 teammate and the challenge from BMW Motorsport’s #24 entry.

By Sunday morning, the two Corvettes had run together for much of the night, Nicky was able to press on, pulling 11-seconds on Alexander Sims, whilst also breaking the BMW challenge from behind.

A puncture, subsequent penalty and an issue refiring the Corvette lost Nicky time, but come lap 712, the closing stages, Nicky reasserted his position, moving to the front of the field once again before finishing 11th overall, first in class.

The victory adds to his recent run of success that began back at the 24 Hours Nürburgring, quickly followed by wins at Indianapolis and Kyalami to round off the season.

Nicky Catsburg
“My teammates Jordan and Antonio did flawless jobs, as did the team, so it’s super-cool to win this very prestigious 24-Hour race. It’s an event I’ve always wanted to have success at and it’s great to achieve this, the first endurance win with the Corvette C8.R.

“It’s my second year with the team, so this is a great victory and there’s obviously a great prize as well with the Rolex timepiece! It’s also nice to win the event and to add to some of the others over the last year or so. I’m very happy to start the 2021 season like this.” 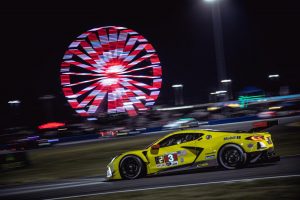