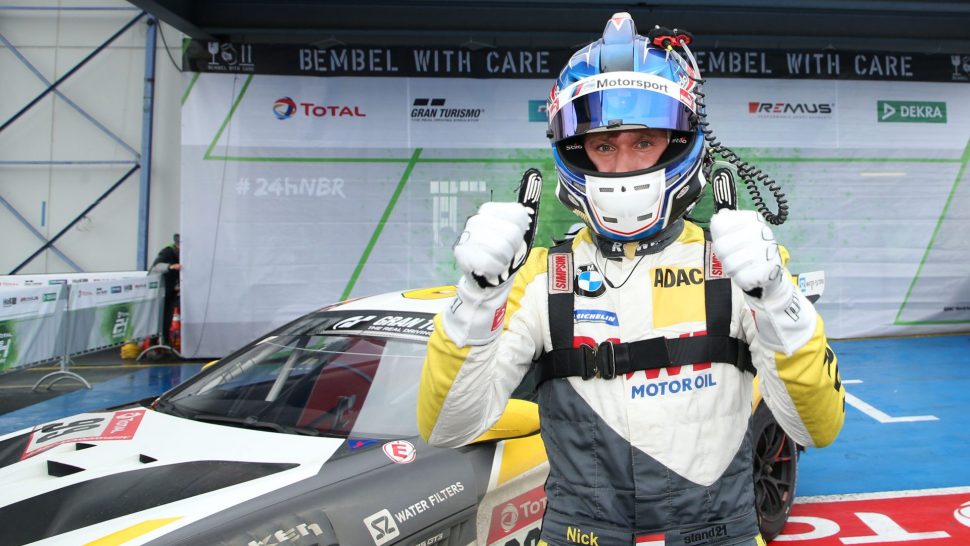 An impressive racing resume just received another valuable addition as Nicky Catsburg claimed victory Sunday afternoon in the 24 Hours Nürburgring, adding to his win earlier in the season at the Nordschleife in the VLN Endurance Racing Championship.

Nicky teamed up with fellow BMW factory drivers Nick Yelloly and Alexander Sims in the #99 Rowe Racing M6 GT3 and, despite very tricky weather conditions that saw the race halted overnight, came through to take the chequered flag 15-second clear of his nearest rival.

“That was so difficult at the finish,” Nicky said, “Every lap I was pushing and the chasing Audi of Mirko Bortolotti and Christopher Haase was getting closer in that last hour and I had to push really hard to stay in front.

“But we did and I am super happy for Rowe Racing, BMW Motorsport and thankful to Alex and Nick for doing a great job. Now I can add the Nürburgring 24 to the Spa 24 victory I had with BMW!”

The victory is one of many notable successes for the Dutch racer, adding to his 24 Hours of Spa win as well as his 2016 Nürburgring victory to name but a few.