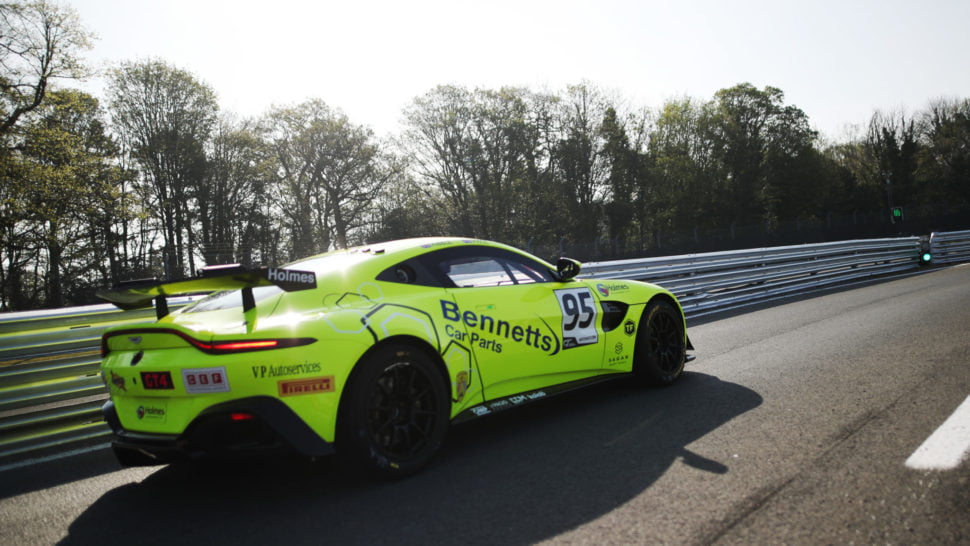 There’s fresh talent aboard TF Sport for the 2020 Intelligent Money British GT Championship as Connor O’Brien joins the team for the forthcoming campaign in the #95 Aston Martin Vantage GT4 alongside Patrick Kibble, who continues with the British-based team for a second season.

Connor is no stranger to the Vantage GT4, having competed in the championship last season with Optimum Motorsport. Patrick meanwhile developed well in his debut season at TF Sport, securing his first podium in the championship at the fabled Spa-Francorchamps circuit.

For defending GT4 champions TF Sport, this is the first of two GT4 entries to be announced ahead of the season-opening race at Oulton Park on Easter weekend. Details of the team’s GT3 entries will follow shortly.

Tom Ferrier, TF Sport Director
“Both drivers showed well in their debut season in the British GT championship and with continuity of equipment in their second season, expect both to continue to make gains in performance and be in the championship battle when we arrive for the season finale at Donington Park in September. We’re happy to work again with Patrick, while we welcome Connor to the team and look forward to the season ahead.”

Patrick Kibble
“After a very positive debut season, I’m looking forward to hitting the ground running this year using what I’ve learned. I’m delighted to be returning with TF Sport driving the Aston Martin Vantage, and also, I’m really excited to be sharing the car with Connor. Since we are both returning drivers, with a top car and team, I’m feeling confident that we can be challenging for the championship!”

Connor O’Brien
“I know the standard thing for everyone to say is that you’re excited for the year ahead, but the package that’s been put together for our assault on the BGT title this year is genuinely exciting for me.

“I really wanted to stay with the Aston Martin product after a solid year of learning the new Vantage GT4, which prompted the move to 2019 champions TF sport. I know having raced against Patrick in our rookie year, that he has strong pace and is just as familiar with the Aston Martin Vantage GT4 as I am, I think we are very capable of netting strong results. I’m looking forward to lining up on the media day next week alongside my new team and teammate.”