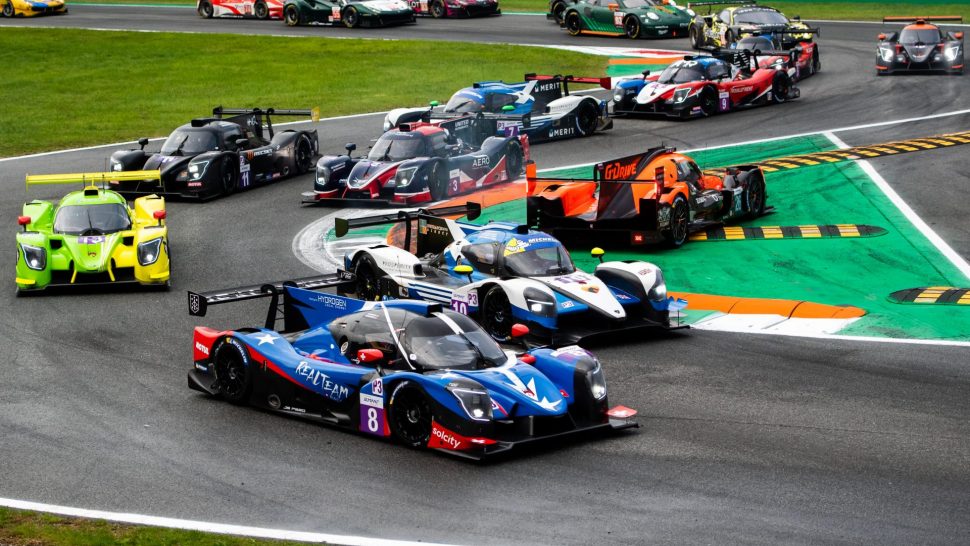 It was another double points finish for both blue and white Duqueine D08s in the 4 Hours of Monza, but Nielsen left Italy disappointed after not being able to challenge for the LMP3 podium in what was an eventful race. The #7 fought for podium positions for the first part of the race but was knocked out of contention by the #55 Ferrari coming to a close and removing yet another rear legality panel, forcing Tony Wells into a lengthy pitstop for repairs, eventually putting Colin Noble two laps adrift from the leaders.

The sister #10 D08 had better fortunes, with Rob Hodes and Charles Crews climbing the ranks after Hodes was forced into the gravel to avoid a spinning rival during the first lap. The Americans were right in the battle for fourth for the best part of the race, but Garett Grist was involved in a spectacular incident with the Duqueine Team #30 backing up and sending him into a spin following the Inter Europol #34 losing its engine cover, and eventually had to settle for sixth with a damaged car.

Sven Thompson, Team Principal
“Ideally, we were fast enough to be at least fourth, seeing how the race panned out by the end. It’s been a frustrating season for the #7 crew in terms of results in both ELMS and the Le Mans Cup due to external factors, especially after coming back from winning in Asia. Tony was hit at Paul Ricard and then the same happened here, the only “clean” race we had all season was at Spa and that was a podium, and we had a very competitive since the second round.”

Charles Crews, #10 Duqueine D08
“The result wasn’t what we wanted or what we were capable of, it was still a decent finish considering the year we had but it’s disappointing how things played out. Garett’s unfortunate accident with the P2 car set us back a couple of spots from where we could have been, but it was out of his control. Reasonably good execution from the team and we press forward to Portimão.”