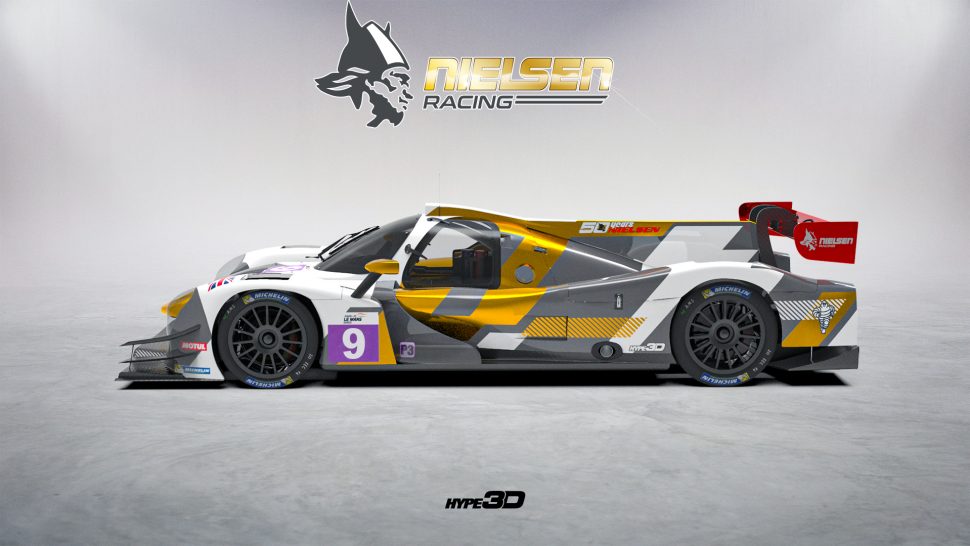 Nielsen Racing is thrilled to welcome Matt Bell and Rodrigo Sales to join established teammates Tony Wells and Colin Noble within the team in its third Asian Le Mans Series assault. The gold livery and branding commemorate 10 years of support from title sponsor Nielsen Chemicals, a relationship that dates back to the early days running under the moniker of Marks Electrical Racing.

Defending champions Tony Wells and Colin Noble return for their third straight season of Asian Le Mans, while sister car features an all-new line-up with Matt Bell and Rodrigo Sales partnering up together. Matt is the defending IMSA Prototype Challenge champion and is also no stranger to the Asian series, Having secured the last LMP3 victory at the 4 Hours of Fuji in 2018. Rodrigo will be making his Prototype debut in Dubai, having come from a background of TC and GT racing in the US before moving last year to GTE in the European Le Mans Series.

Sven Thompson, Team Principal Nielsen Racing
“Nielsen is not returning to make up the numbers, we want to defend our Asian Le Mans LMP3 title! The condensed calendar is certainly a new concept to many, getting through that many races in a short period of time will be intense for drivers and staff alike. Winning last year 2019-20 was an amazing feeling but 2020 will always be remembered for the tough and difficult year everyone has had. For 2021 I want to see the team back on the podium at every round as I know we are more than capable of that, in Asia and then Europe.”

Matt Bell, driver in the #8 Ligier JS P320
“I’ve known the team for a few years now so it’s great to finally join Nielsen Racing for this year’s (slightly different) Asian Le Mans Series! This will be my third time taking part in the series, the title has eluded me so far but we hope to put that right this time.

“I’m also excited to be teaming up with Rodrigo, we’ve been doing some work together in the off season and it looks like we can be a competitive line-up. Can’t wait to get going!”

Colin Noble, driver in the #9 Ligier JS P320
“I’m really excited to be returning to Asia with Tony to defend our title with Nielsen Racing. It’s going to be a very busy two weeks for the team with the added challenge of changing to a new car! We can’t wait to get started.”