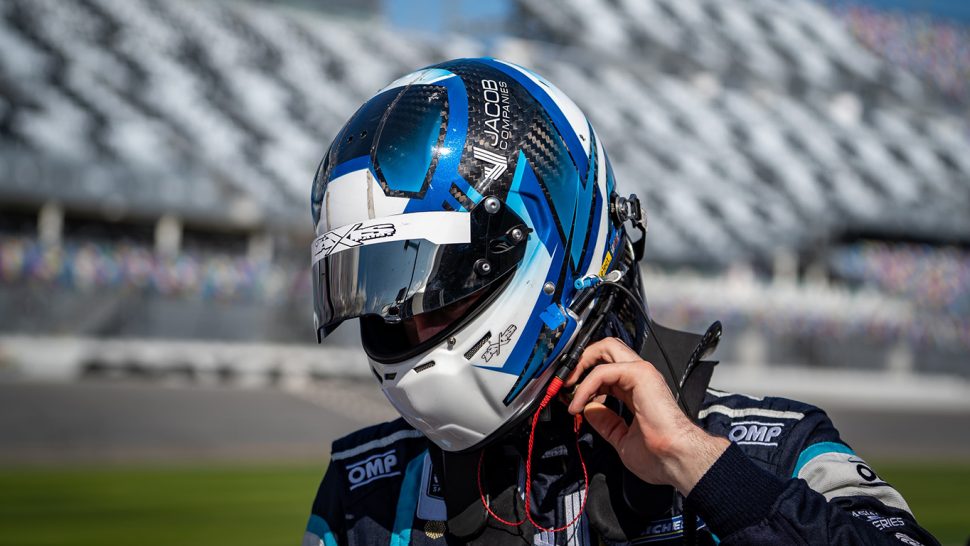 Eurasia Motorsport is pleased to confirm that it will compete in the Rolex 24H of Daytona in 2021, with an eye to continuing in a full season entry for the Michelin Endurance Cup and IMSA LMP2 Championship.

With bases at the Sepang F1 Circuit in Malaysia and the Clark International Circuit in the Philippines, Eurasia Motorsport is joining forces with Rick Ware Racing and BAM Motorsport for its 2021 US Programme.

The combined talents from the three motorsport firms has made this project possible with the teams’ official entry name of RWR Eurasia. Rick Ware Racing will provide a US-base for the team as well as logistical and personnel support, while the entry will be project managed by Eurasia’s long-term collaborator BAM Motorsport Management.

Reigning Asian Le Mans Series champion Cody Ware will head the driver line up, with co-drivers being confirmed over the coming weeks.

About Eurasia Motorsport
Founded by Team Principal Mark Goddard in 2003, Eurasia Motorsport has a wealth of prototype experience having competed extensively in a variety of championship including the European Le Mans Series, Asian Le Mans, FIA World Endurance Championship and made ifs fourth and most recent start at the 24 Hours of Le Mans in September. The Philippines registered team has its base at the Malaysian Sepang Circuit and for the 2021 WeatherTech SportsCar Championship, will operate out of the Rick Ware Racing facility in Mooreville, North Carolina.

Mark Goddard, Eurasia Motorsport Team Principal
“This is an exciting new venture for us at Eurasia Motorsport. We’re currently shipping our two Ligier JS P217s to the factory in readiness for the Rolex 24. The team will be based at the RWR facility in the US and we will be managing the programme from there with our own Race and Data Engineers as well as Race Mechanics. We will benefit from logistical and personnel support from RWR and we’re looking forward to this new challenge.”

About Rick Ware Racing
With a rich and extensive history, Rick Ware Racing has been part of the racing fabric in the USA for over 30 years. The team has recently competed in both Prototypes and the NASCAR Cup Series. The team most recently claimed the 2020 Asian Le Mans Series Am Championship.

About Cody Ware
Cody Ware has an extensive background in NASCAR, making his debut in 2013 in the Whelen Southern Modified Tour. The American racer rose through the ranks before making a switch in 2019 to compete in the Asian Le Mans Series with RWR. Competing in the Am class of the four-round series, he took two wins en route to the title alongside young Lithuanian Gustas Grinbergas.

Cody Ware
“I had the pleasure of meeting with Mark Goddard and David Madgwick early this year in the Asian Le Mans Series and I was really impressed with their programme there. The Ligier P2 was fast week in and week out and the team as a whole were so professional. I followed their 24 Hours of Le Mans programme with interest to, so naturally, I’m excited to be working with Eurasia and the BAM team this year and really looking forward to heading to Daytona for the Roar and then the Rolex 24.
“With my other race programmes, it is going to be a very busy season for me, but between my commitments to NASCAR and the WeatherTech SportsCar Championship, I think it’s going to be a very cool 2021.”

David Madgwick, BAM Motorsport Managing Director
“This is our second largescale project with Eurasia Motorsport. The last one culminated in successfully delivering on all fronts the 24 Hours of Le Mans programme this year, taking an amateur racer through a comprehensive three-year programme to achieve his dream. This new project in the WeatherTech SportsCar championship brings together the talents of three organisations and we look forward to working closely with IMSA over the coming season, while reaching and exceeding each milestone in this exciting programme.”