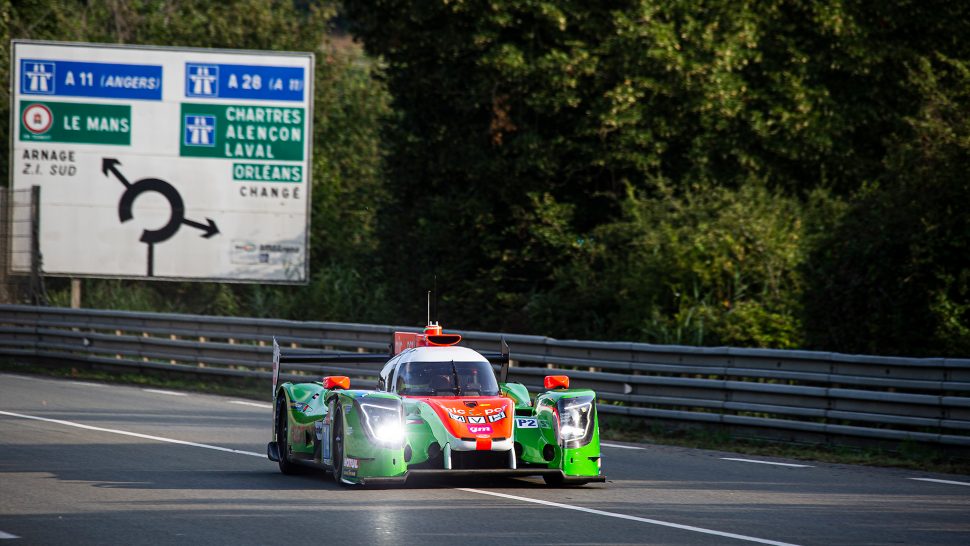 One week ago, Racing Team India Eurasia achieved its objective in finishing the 89th edition of the 24 Hour of Le Mans, the toughest challenge in global sports car racing. For the team, the eventual 16th place class finish was the culmination of months of hard work and marked the fourth finish at Circuit de la Sarthe in five attempts, an impressive record.

The Asian-based team fielded the #74 LMP2 entry for Silver-graded James Winslow and the two Bronze racers of John Corbett and Tom Cloet. It was the final outing of the Ligier JS P217 ahead of its retirement from the class dominated by the Oreca chassis and with that in mind, the objective was to put together a reliable package as possible, and then see how the race week at Le Mans played out.

62 entries lined up at the test day on August 15th, largely dominated by the LMP2 class with 25 entries in the class. Racing Team India Eurasia ran through its programme in readiness for the official start of Practice on the Wednesday afternoon quickly followed by Qualifying in the evening.

James Winslow subsequently completed 13 laps, with a best time a couple of seconds shy of what the rival Oreca runners were capable of. This was not unexpected for the team, as the writing had been on the wall as early as the previous Sunday’s test day. The objective now was to try and run a conservative, trouble-free race as possible and to ensure the race finish.

Heavy rain ahead of the start of the race on Saturday afternoon saw the then 61-car field headed by the Safety Car for several laps, before the race proper got underway, with Tom Cloet taking the opening stint before the team started to cycle through the drivers at the end of each stint.

Tom was back in with five hours complete when he came across the stricken #1 Oreca of Sophia Flörsch broadside across the track. Contact was made and following a trip back to the pits for a new nose to the Ligier, the racing continued, and it was thankfully. the only major incident in the race.

Ultimately, the team achieved its objective and brought the Ligier home to record the race finish with 338 laps and a distance of 4605 Kilometers completed at an average speed of 191 Kph. The team worked well together, the car was largely reliable, and a 16th position finish was the reward.

The team now look forward t a new era in the LMP2 class, as it too moves over to the all-conquering Oreca 07 Gibson package with eyes very much on January’s Rolex 24 Hours at Daytona, and in the LMP3 class, the Asian Le Mans Series in the new JS P320.

“It was good to see the chequered flag again at Le Mans, it is actually quite an achievement in itself to complete the 24 Hours of racing. The actual finishing position was not that relevant as it was always going to be a conservative race from us, but 16th place is a strong result was actually quite pleasing and our three drivers certainly enjoyed their first Le Mans together with us.

“We now look forward programmes in both LMP2 and LMP3 with new equipment with the aim of racing again at the Rolex 24 Hours and then straight on to the Asian Le Mans Series with the new Ligier LMP3.”