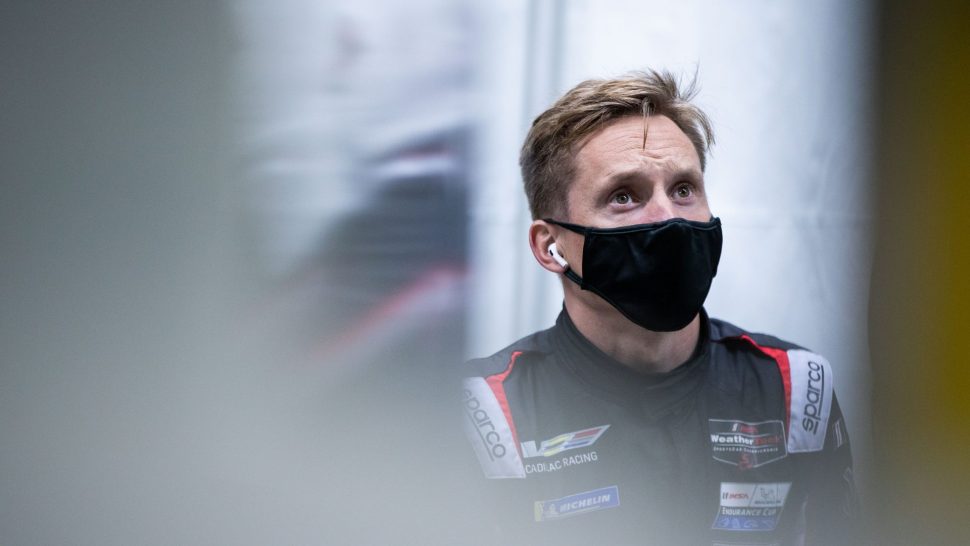 Renger van der Zande looked set to launch a bid for the lead of the Rolex 24 at Daytona with just seven minutes remaining, but in a twist of cruel luck, the #01 Cadillac Chip Ganassi Racing entry suffered a right rear tyre failure, ending hopes of a third-straight win at the famous venue.

It had been an incredibly strong run for the Dutch driver up until that point, gaining four positions in the first ten minutes to run third, recording the fastest lap of the race by nearly two-tenths of a second on lap 65, before taking the lead and handing over to teammate Kevin Magnussen.

The team cycled through the stops, with Renger, Kevin and Scott Dixon all putting in strong stints to keep the Cadillac very much in contention, even when the latter suffered a tyre failure on lap 726. Scott was able to box and under full course yellow conditions, take an emergency stop for a new right rear, return to the circuit, box gain and then still exit still on the lead lap.

Handing back to Renger with two hours remaining in fifth position, it was still very much game on for the win and with 20-minutes remaining, he had homed in on his rival #10 Filipe Albuquerque for the race lead. Ultimately, the second puncture of the race consigned the #01 Cadillac to fifth position, the team having demonstrated race-winning pace throughout the 24 hours of competition.

For Renger, his debut with Cadillac Chip Ganassi Racing may have ended in disappointment, but there were plenty of positives to take from the weekend as he aims to secure the 2021 IMSA WeatherTech SportsCar Championship.

Renger van der Zande
“I felt that we had a strong car at the beginning of the race and if we had had the same level of performance at the end of the race, we would have been even quicker! I think it’s a great prospect for us all for the rest of the season, starting with Sebring where I’m looking forward to exploring the potential shown in Daytona. For now, we’re licking our wounds a little, but there are so many positives to take into the season ahead.”