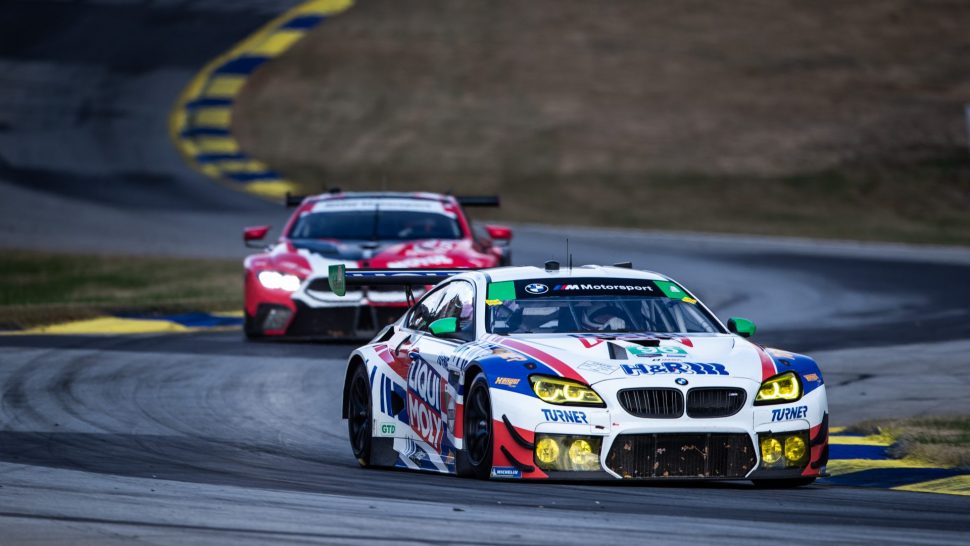 Hot off two seasons of top-class GT3 racing in Europe, Aidan Read relocated to the United States this year to fully embrace his IMSA WeatherTech SportsCar Championship program with Turner Motorsport. The season came to a close on Saturday (13 November) with the final round of the Michelin Endurance Cup held at Road Atlanta.

Teaming up with Bill Auberlen and Robby Foley in the #96 BMW M6 GT Daytona for the four-round championship, encompassing the biggest and most prestigious races on the IMSA calendar, Aidan quickly adapted to the unique demands of the series.

For the Australian raised, US borne racer, the Rolex 24 Hours was a fine introduction to the campaign with a sixth position finish. He was very impressive at Sebring but had to settle for eighth ahead of the impressive victory at Sahlen’s Six Hours of the Glen.

Motul Petit Le Mans on Saturday saw Aidan underline his outstanding abilities once again. Robby Foley took the start from third position and moved to the head of the field after an hour of racing. Aidan took over for the third stint, but the team lost ground in the pitstop, exiting the pits in seventh and with work to do.

Over the next ten laps, Aidan quickly moved back up to second behind the #14 Lexus of Kyle Kirkwood and shadowed the Vasser/Sullivan racer’s every move before pitting at the end of the fuel stint. He resumed behind the #14 once again, now driven by Aaron Telitz, and ahead of Laurents Vanthoor. Piling on the pressure, Aidan moved to the head of the class on lap 118 before pitting on lap 130 and handing the car over to Bill Auberlen.

A seven-car incident during a restart soon after ended the race prematurely while Bill was behind the wheel. While the result was not as the team and drivers had hoped for, it was another standout performance from Aidan having fought to the lead of the race while laying down fast stint averages. The 22-year-old now heads into the short holiday break with momentum on his side and very much looking forward to the forthcoming season of racing ahead.

“I gave it my all, and felt in the zone behind the wheel at Road Atlanta,” Aidan said. “The track and car were both suited really well. I’m proud that I was able to drive to the lead in my stint and perform well on the lap time averages. That’s important to me and proves the level I have reached in IMSA this year.”