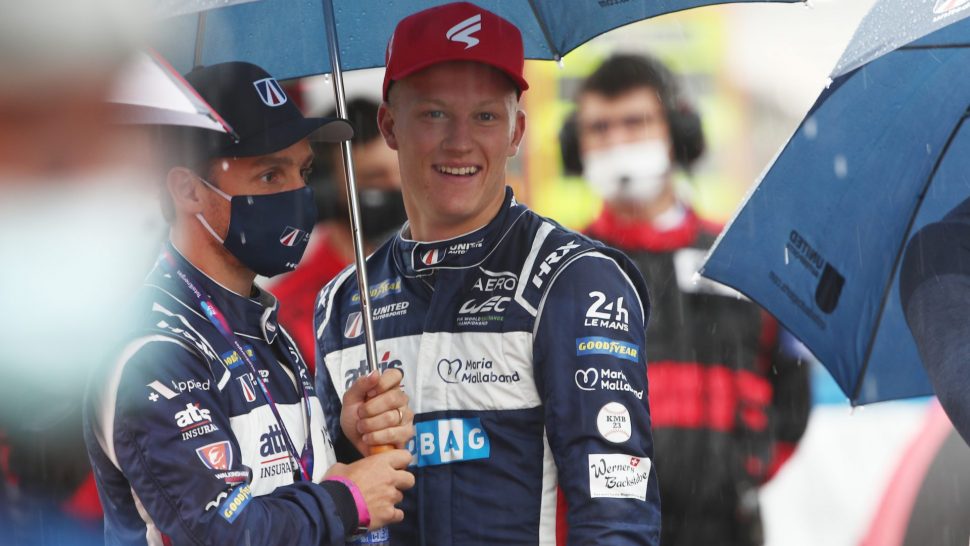 BAM Motorsport Management are delighted to announce that it will represent FIA World Endurance Championship race winner Fabio Scherer on the international motorsport stage having agreed on a multi-year sporting, commercial and management contract.

The young Swiss driver already has a most impressive resume. For 2021 he took on another fresh challenge, competing with United Autosports in the FIA World Endurance Championship. Fabio took two wins in the #22 Oreca 07 LMP2 alongside teammates Philip Hanson and Filipe Albuquerque, finishing fifth in the LMP2 endurance trophy.

Before WEC, he competed in the highly competitive DTM series with WRT Team Audi Sport following successful campaigns in single-seaters. Having secured his first karting championship in 2014, he joined the ADAC Formel 4 series in 2016, recording his first win with Jenzer Motorsport. He remained in the series in 2017, before moving on up to the FIA Formula 3 Championship with Motopark.

Now, working with BAM Motorsport Management, Fabio will continue to chart out his undoubtedly bright future in the sport, looking at opportunities in LMP2 and the forthcoming LMDh category globally.

“We are really pleased to have Fabio as part of our driver talent pool, we think he has got a bright future in the sport and has the drive, and the speed, to succeed at the highest level,” stated BAM Motorsport Management MD David Madgwick. “Since completing the season in WEC and being re-graded as a Gold driver, we have not been short of high-quality racing opportunities around the world. Announcements on his 2022 plans will be coming shortly.”