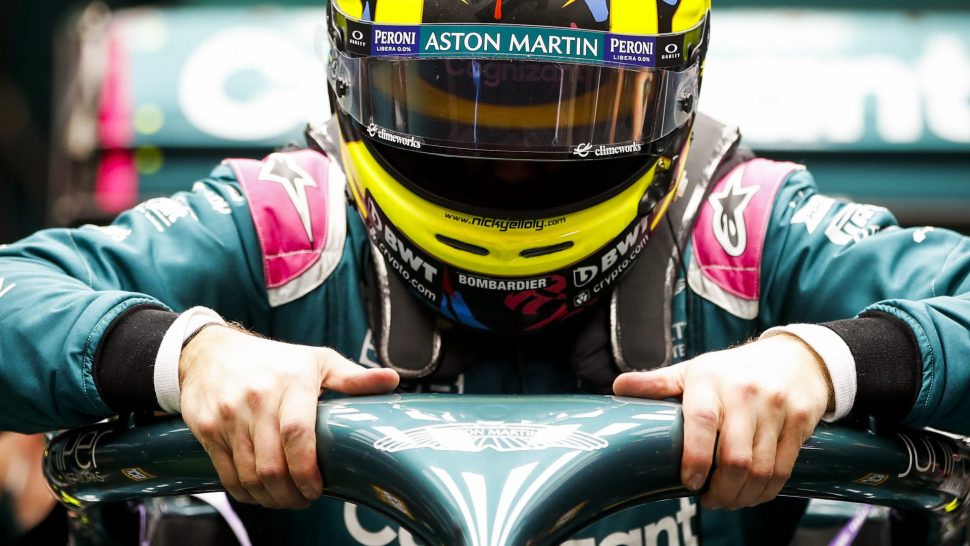 With 50 plus days of simulator running this year alone with the Aston Martin F1 Team, Nick Yelloly last week took to the track in the official young drivers’ test in Abu Dhabi. Running the traditional 13-inch Pirelli shod wheels, Nick completed an impressive 118 laps in the AMR21, focusing on simulator correlation and development options for the team’s 2022 challenger.

Q) You have completed thousands of laps in the simulator this year, how did you find the real-world experience and how close was the correlation?

“It’s very close! I was surprised in the way I found the car in comparison to the simulator, but there are little nuances – for example – the way the tyre slides, the feeling of braking and the reaction of the car over certain kerbs.

“They are small areas we can look at, but in general the simulator is in a very good window and it really helped me dial in my driving to the car early on. So, it’s given a few things to work on to take us to an even higher level and soon I’ll be back in the simulator for a correlation day.”

Q) We know you cannot detail all aspects of the test, but in layman’s terms, what were the main focal points for you?

“We covered off setup options, some aspects of next year’s car and some specific direction in setup, so I could get a feeling on how they compared to running in the simulator. The initial laps were for me to get back into it, and it was great to get on top of the car so quickly and then we ran some wing scans, data comparison and further correlation.”

Q) The rule changes for next year mean that next year’s car will create significant downforce through ground effects, deploy wheel covers, run on the 18-inch wheels and in theory, enable cars to follow one another more easily in the turbulence. Your simulator work is pivotal in the development of the ’22 car, so how is the concept performing in the sim?

“We have been working on the 2022 car for a long time with our first running in the sim back in March. Obviously, when we get the new car on the track, that will be the main point, but in general, the car feels very very good and we test each new idea out on the simulator before even thinking about any build process. We have made big gains since March and now we look forward to the February running in Barcelona.”

Q) Finally, what does the 2022 season have in store for you in terms of both your duties with Aston Martin F1 and your GT programme?

“2022 is going to be very busy. I’ll continue with the Aston Martin F1 Team in terms of the simulator programme which I am delighted about, and then the BMW programme will be fully announced at a later date. We have the M4 GT3 coming which is exciting and I’ll be doing the Dubai 24 Hours in January and I’m looking forward to continuing with BMW Motorsport.”