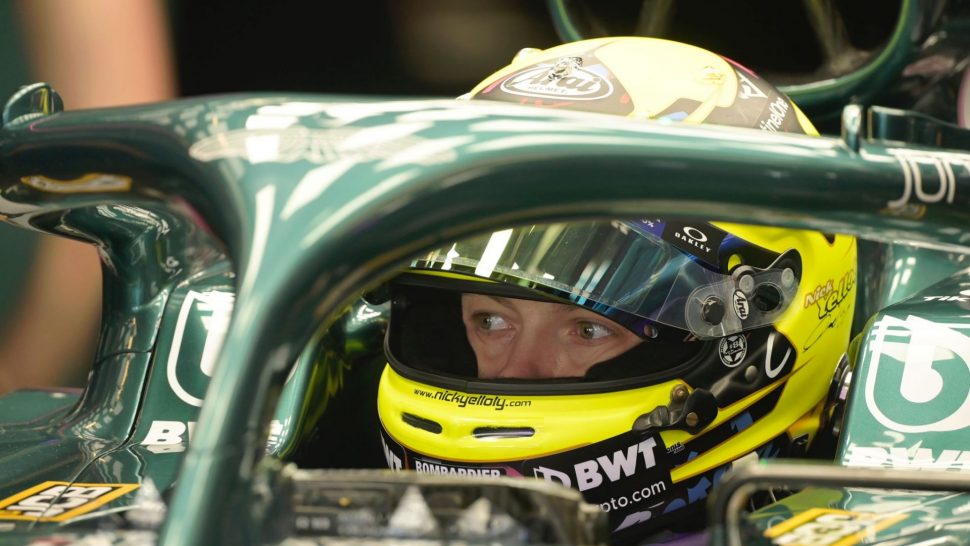 Nick Yelloly will drive the AMR21 for the first time as Aston Martin Cognizant Formula One™ Team prepares for 2022 with the post-Abu Dhabi Grand Prix test.

Simulator Driver Yelloly has been at the Silverstone HQ for around 50 days of simulator driving in 2021, primarily helping the team prepare for next season, as well as helping support Sebastian Vettel and Lance Stroll with pre-event preparation.

The official rookie test takes place following the Abu Dhabi Grand Prix on December 14th-15th and will prove essential in helping the team get ready for its advanced simulator based in the upcoming new factory.

In the more immediate future, the test helps the team prepare for Pirelli’s switch from 13-inch tyres to 18 inches next year, which will have a significant effect on the cars.

“I think this test will help us develop our simulator for when the new factory is up and running,” says Yelloly.

“It’s very useful to get a feeling and perception for the tyres. We’re going to be moving from 13-inches to 18-inches next year, but the tyre development is always ongoing.”

After running on December 14th, Nick will stay in Abu Dhabi to observe the second day of the test, with Sebastian and Lance also set to take part in the two-day test. Lance will undertake Tuesday’s running alongside Nick before Sebastian takes over for Wednesday.